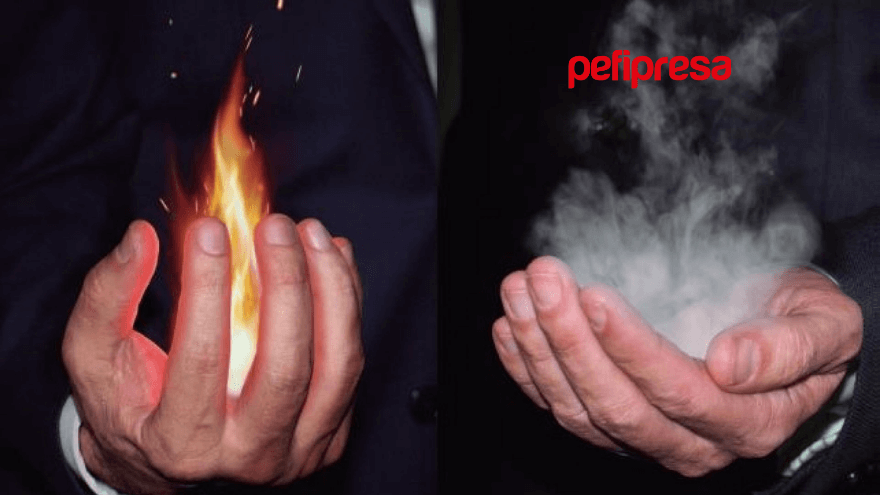 Traditionally prescriptive, the CTE (Technical Building Code) DBSI/DBHS in relation to the characteristics of multi-storey car parks in Spain, it is commonplace to find ‘mechanical ventilation by depression’ systems installed. Depending on the characteristics of each floor, the system design consists of an extensive network of air flow exhaust ducts.

• Reduction in the number of parking spaces

• Maintenance and performance issues due to pollutants on grids/pipes

• Interference with other systems, for example CCTV

To use a performance-based design system with impulse ventilation for heat and smoke caused by fire, supported by CFD (Computational Fluid Dynamics) computer software and simulated fire tests.

The need for a smoke control system in case of fire, as well as ventilation controls for CO, stems from the CTE. It incorporates other rules already set out in the Belgian standard NBN S 21-208-2 and British standard BS 7346-7 that can be applied to installation projects for smoke and heat control in car parks.

The impulse ventilation system is designed to meet the following objectives set within the standards: facilitate the safe evacuation of occupants, evacuate smoke during and after the fire and facilitate the fire emergency services.

The design of the system is based on the adherence to European standards which are highly recognised.

The implementation of the solution is based on previous calculations that are generated from the flow of air from as much as a fire situation to that of a ventilation situation in the case of monoxide extraction.

The impulse ventilation system performs a horizontal displacement of the fumes creating a flow of air in a certain direction (horizontal sweep). To create this sweep, it has ventilation shafts that drive the interior air collected from outside (drive shafts), as well as jet fans that contribute to the displacement and direct the air and fumes towards the opposite facade where the shafts that perform the extraction of fumes are located.

The impulse ventilation system is not only designed for operation in case of fire, but also to perform functions of ventilation when CO levels are elevated. Both the shafts and the jet fans, have the ability to work in various settings of operation in order to assume both modes.

The operation of the impulse system is verified to be in working order in accordance with the design through the FDS (Fire Dynamics Simulator) a computer simulation tool.

The application of a fire simulator in the design of a temperature and smoke evacuation control system (SCTEH) using CFD (Computational Fluid Dynamics) software presents great advantages over the classical analytical calculation methods adopted by the rules. The FDS (Fire Dynamics Simulator), backed by numerous validations in this area stands out as one of the most utilised tools.

A large number results can be obtained (3D smoke representation, temperature, average temperature of the floating layer of hot gas, mass flow, visibility, etc), making it possible to verify the objectives to be met, such as providing safe evacuation, assistance to the emergency fire services and the evacuation of smoke during and after the fire.

In contrast real tests “in situ” with simulated smoke.

To ensure greater security over the solution developed, a smoke test can be carried out “in situ” simulating the real factors that intervene in a fire, which will allow us to validate the system already installed. It must be done in the most unfavorable scenarios to validate the results.

• Stability of the smoke layer allowing an evacuation with controlled visibility – > during the evacuation of occupants.

• Verification of the level of visibility for the emergency fire services to intervene – > peak of fire (peak periods of smoke).

• Verification of the absence of smoke – > post-fire.

“PEFIPRESA, AT THE FOREFRONT OF ENGINEERING IN FIRE PROTECTION“ 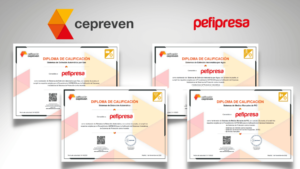 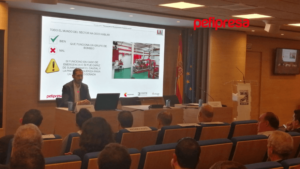 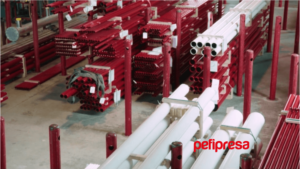 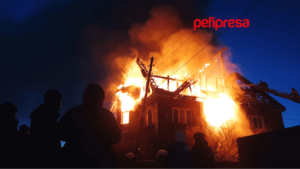 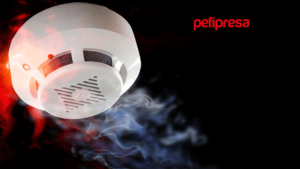 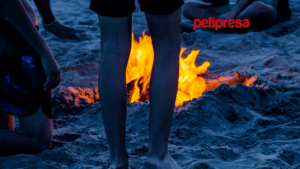