The discovery of fire has undoubtedly been one of the greatest discoveries of mankind. However, the force and lack of control of this element has caused thousands of fires around the world and many with devastating consequences; loss of goods and more importantly human lives. Water, which has been one of the most accessible natural resources, is one of the oldest extinguishing agents.

The need to obtain a fire extinguishing system arose in the 18th and early 19th centuries, and one of the first was designed by the architect Benjamin Wyatt.

At the time systems were very basic but the essence and principles of operation have largely remained the same, making it an effective system lasting several centuries. According to the National Fire Protection Association (NFPA), buildings equipped with fire sprinklers have reduced the risk of death by approximately 80% and reduced damage to property by 71%.

Sprinklers are a thermal temperature detection system whereby their main function is to control or extinguish a fire.

The system that commands the performance of this system can vary depending on the type of system installed.

In Spain the regulation applied for the installation of these systems is the UNE-12845 or alternatively the American regulations NFPA-13 and FM GLOBAL, among others, can also be justifiably used. 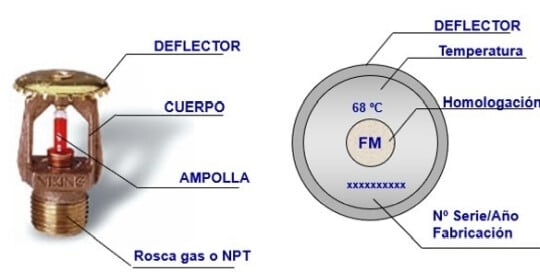 The sprinkler uses a heat-sensitive glass bulb that breaks when it reaches a certain temperature (the design activation temperature can vary widely).  This breakage then allows water to flow.

When the water comes into contact with the deflector, it forces the water coverage to expand.

A typical flow diagram of a sprinkler system: 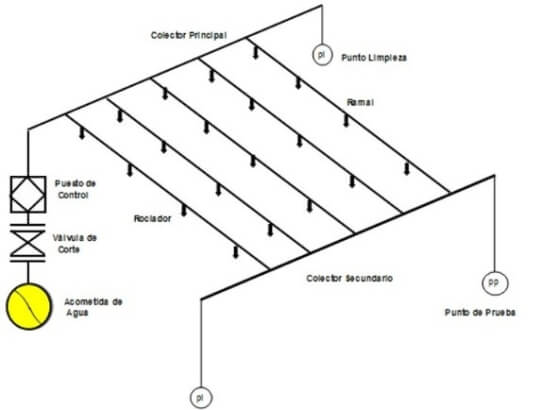 Above we have the typical arrangement of a wet ceiling sprinkler system (grid layout). It is important to note that the installation requires cleaning and draining points. The system should also include a test point to check its functionality.

In dry systems, the configuration of the network must be in tree.

This is the place in which the installed sprinkler networks are operated. Whenever possible, an attempt will be made to install the control unit outside the risk area. 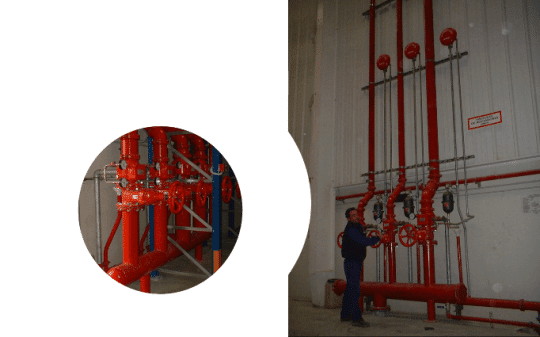 There are two distinct control units:

The system is usually in a closed state maintained by its internal water/air pressure.  It opens automatically when an alarm is signalled.   Once a sprinkler or multiple sprinkles open, the pressure lowers. They are used in wet, dry, combined or alternating pipe systems.

The system is in ‘ready’ status at all times. They should not be installed in places where there is a risk of frost or where the atmospheric temperature can reach 95 ºC. 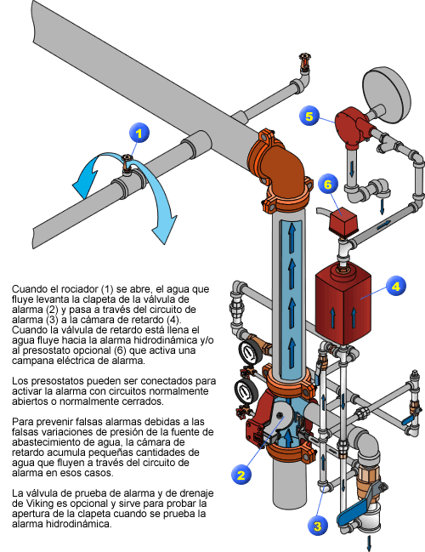 This is an air pressurized system (with a compressor). When a sprinkler reaches the design activation temperature it opens and the depressurization process occurs that causes the valve to open and allow the water to pass through.

This system is particularly useful for areas with low temperatures (0ºC) and there is a risk of water freezing.

The regulatory norms state that the sprayer must disperse water within 60 seconds. 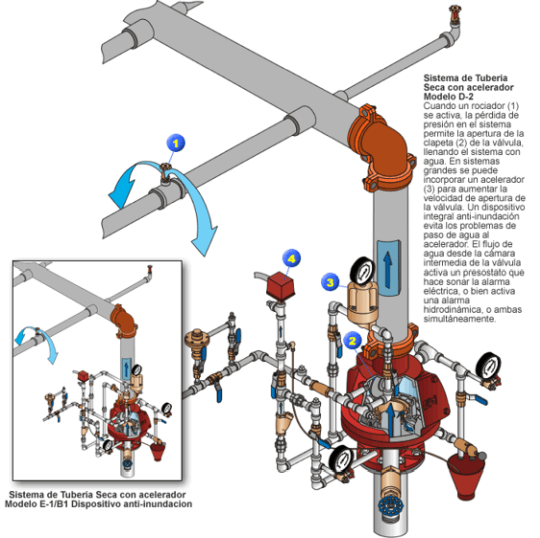 They are normally closed and require an instruction, hydraulic, electrical or pneumatic from the detection system, to open the water passage. They are used in pre-action and deluge systems. 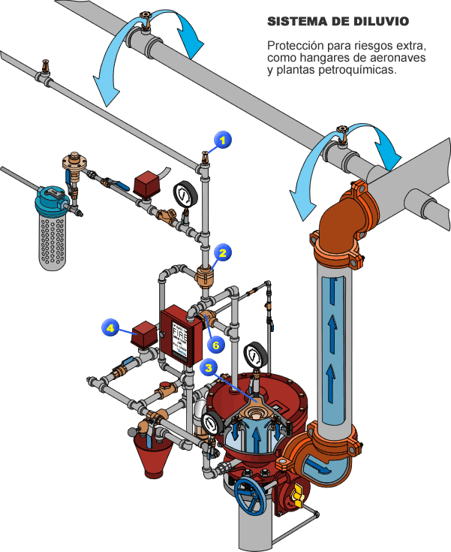 Types of installation of automatic sprinklers

There are two ways to install this type of system:

During the design of a sprinkler protection system it is necessary to know and calculate several factors, for example:

The parameters will vary depending on the type of installation and sprinkler system used. 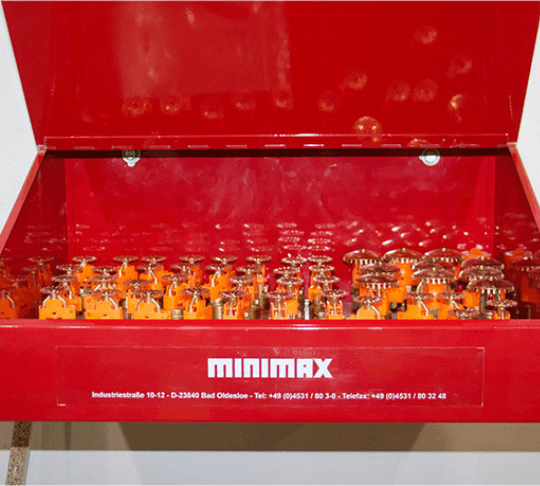 The water spray system functions in a similar way to the sprinkler system, except that it has open extinguishing nozzles and, in the event of a fire, it discharges large quantities of water over the entire protected area. It is used to protect complete buildings or isolated areas containing objects that are sensitive to high temperatures, highly flammable and can cause rapid propagation.

Functionality of a deluge system: 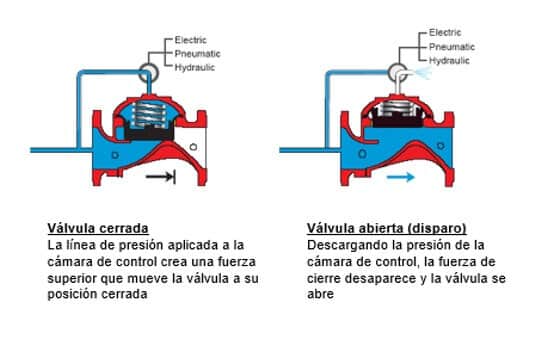 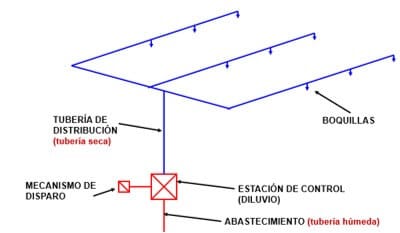 It is important to always consider the following aspects in the design:

Example of a water mist system in Transformer: 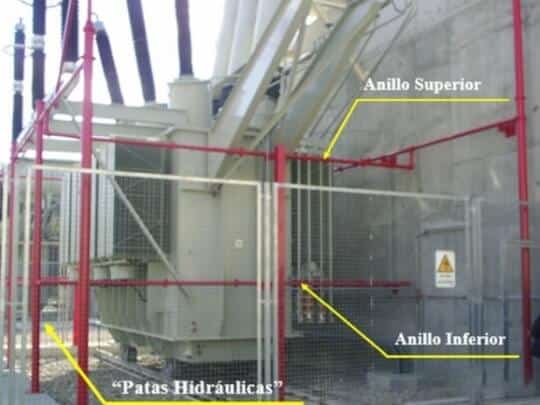 Normally configured in a circle/ring to cover any risk exposed to its entire length. The nozzles are placed perpendicular to the wall at a distance between 0.6 and 0.9m for an effective discharge. 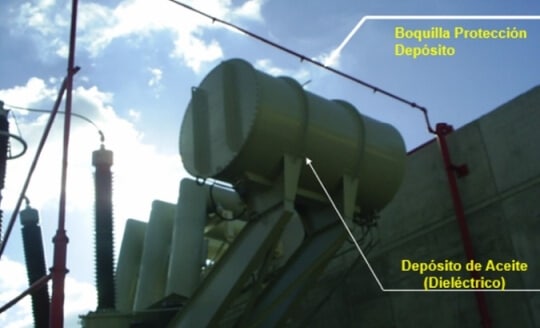 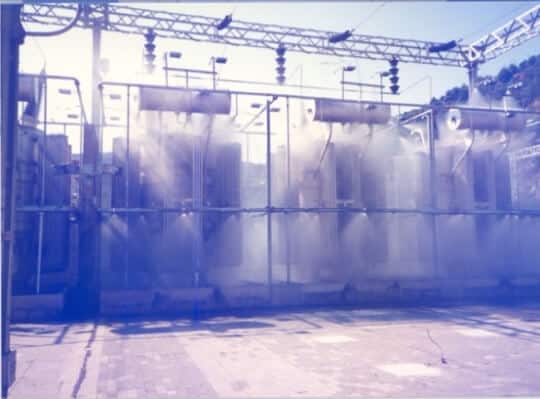 PEFIPRESA, has extensive experience in being pioneers in the design, installation and maintenance of systems of this type. By understanding the importance of these systems and the need to ensure business continuity, protection of assets and most importantly human lives, it is fundamental that these systems are designed, installed maintained professionally with the use of high quality products and services and offer reliability. Here at PEFIPRESA we have completed thousands of installations since our operations began over 50 years ago. 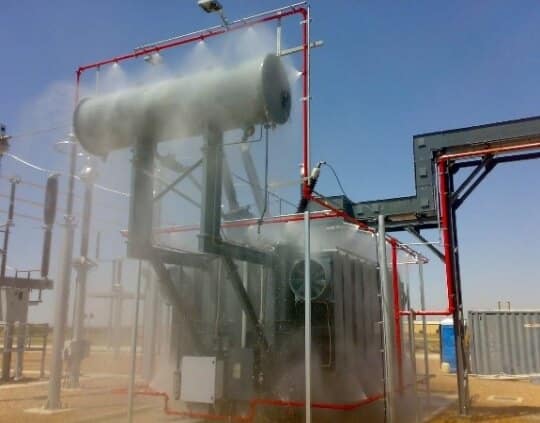 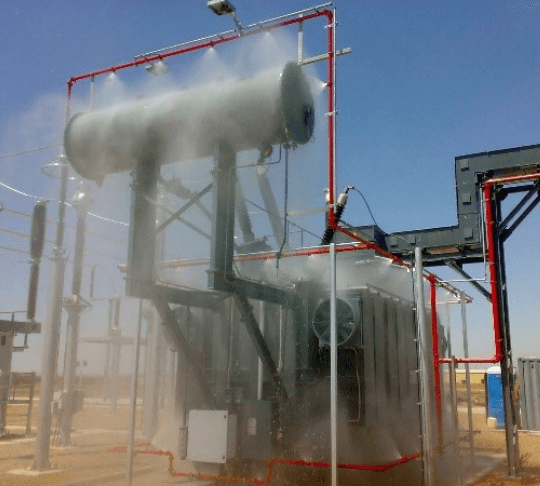 The systems of extinction by means of foam are fixed systems. They are used for fires of solid and liquid materials and, with certain restrictions, in fires of gaseous materials. Water passes through various types of equipment where it mixes with substances that generate the foam.

The combination of water and concentrated foam is almost always mixed with air later.

Its main purpose is to form a floating and compact layer over the combustible liquids to prevent or extinguish the fire by excluding air and cooling the combustibles. It also prevents reigniting as it suppresses the formation of flammable vapours. It is able to stick to vertical surfaces, which facilitates a certain degree of protection against the risk of adjacent fires.

It is used in fixed and/or portable pipe systems that generate, form and apply the foam subtly, through discharge nozzles to reach the surface of the combustible liquid whilst it is burning. 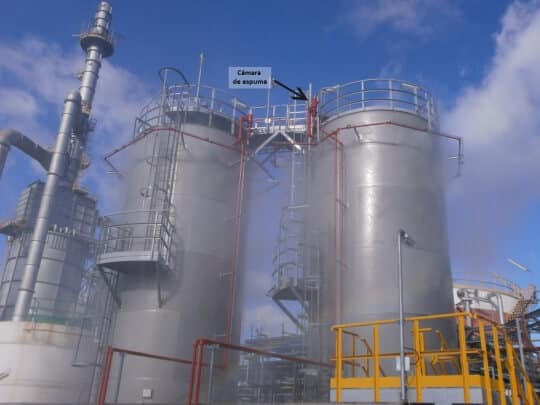 Other ways to reach these risk areas include portable or mobile equipment, such as foam lances, monitors, etc. 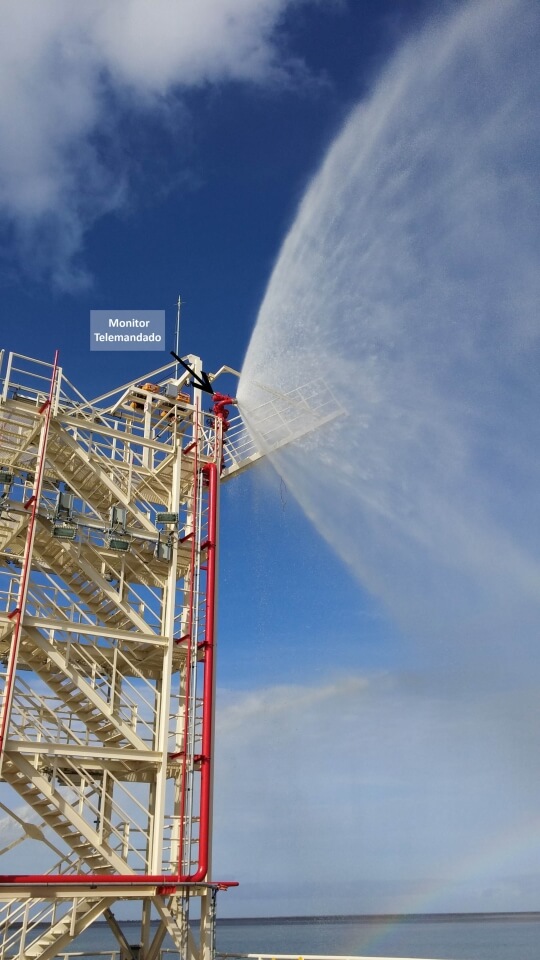 Physical foam can also be used as a means of protection against heat radiation, reducing its transmission to the surfaces of solid objects and having a cooling and insulation effect.

The fire protection systems that use low expansion physical foam with spray nozzles for external risks are normally used for the protection of areas exposed to spills, process equipment, etc.

PEFIPRESA, has extensive experience in being pioneers in the design, installation and maintenance of systems of this type. By understanding the importance of these systems and the need to ensure business continuity, protection of assets and most importantly human lives, it is fundamental that these systems are designed, installed maintained professionally with the use of high quality products and services and offer reliability. Here at PEFIPRESA we have completed thousands of installations since our operations began over 50 years ago. 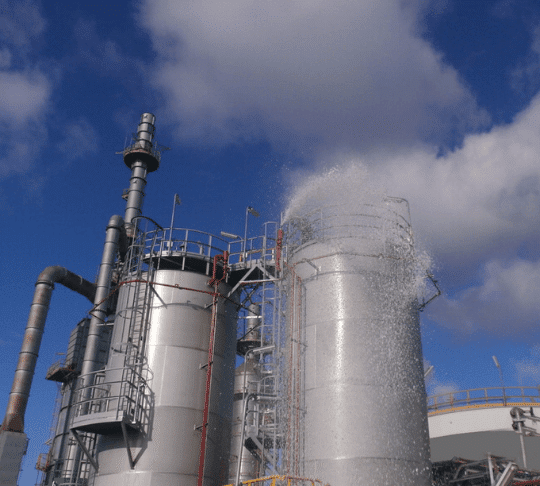